So excited to finally see the raised beds fully pl

Getting close up to the freshly planted beds of on

I love the majestic Psychotria ankasensis, with it

One of my favourite places in Britain is the Palm

Magnolias are true icons of Spring – I came acro

I couldn't resist a visit to Kew last weekend. I p

We used corten steel bracing on this pergola, that

Measuring at one of my current London jobs - the p

This photograph of me was captured of me on locati

Another great favourite of mine is the Hedychium d

One of my favourite ornamental garden plants is Ec

Great Dixter garden has a special place in my hear

During a recent visit to Logan Botanic gardens, we

Work is progressing nicely on the North East Londo

Whenever I find myself @sohofarmhouse , I always l

I'm reminiscing of last Summer in my garden with t

Set amidst a sea of cottage garden flowers, the So

If like me, you have a passion for exotic plants,

Work in progress for my North East London garden d

The magnificent rosette leaves of the Aeonium 'Sun 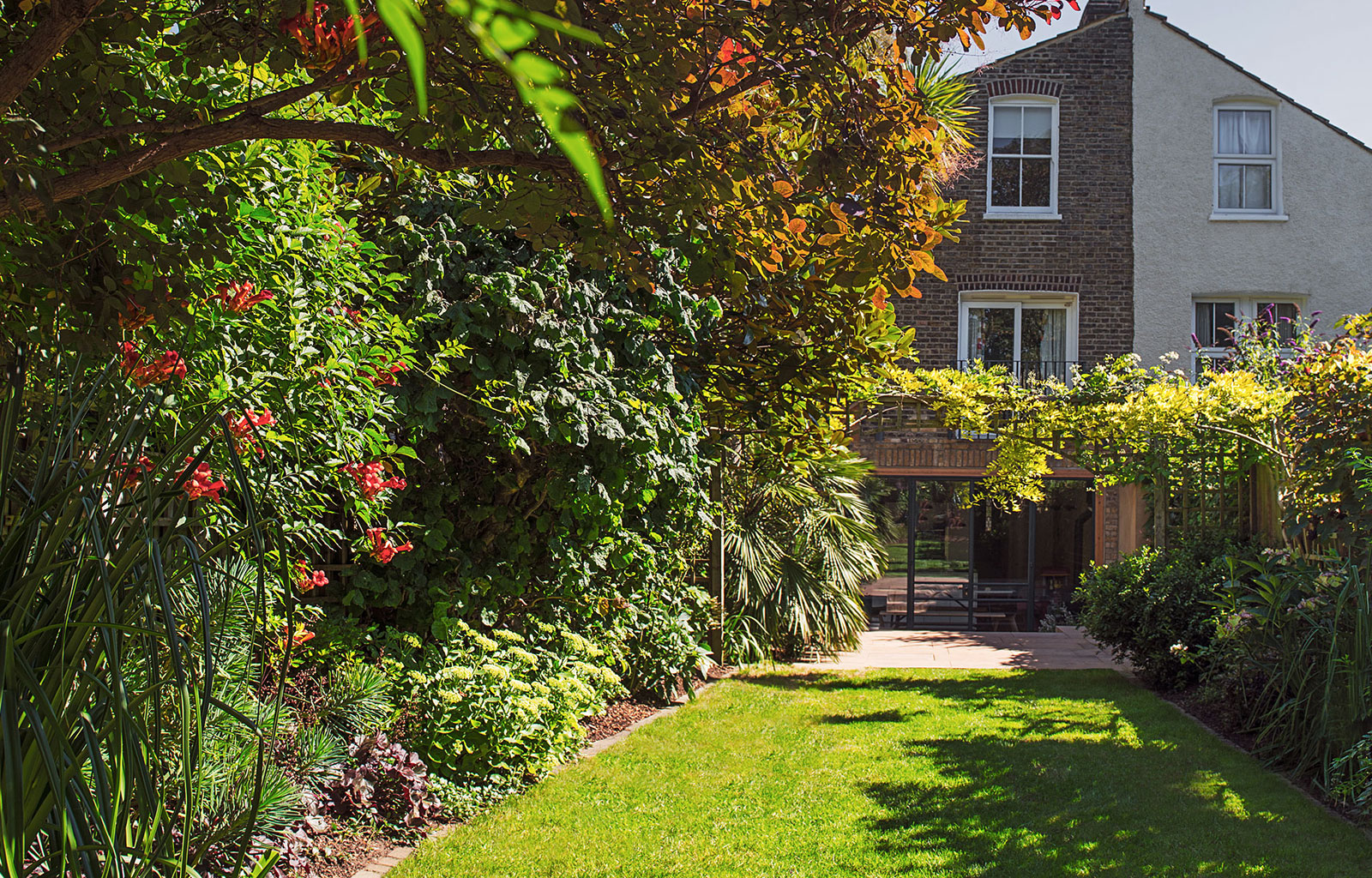 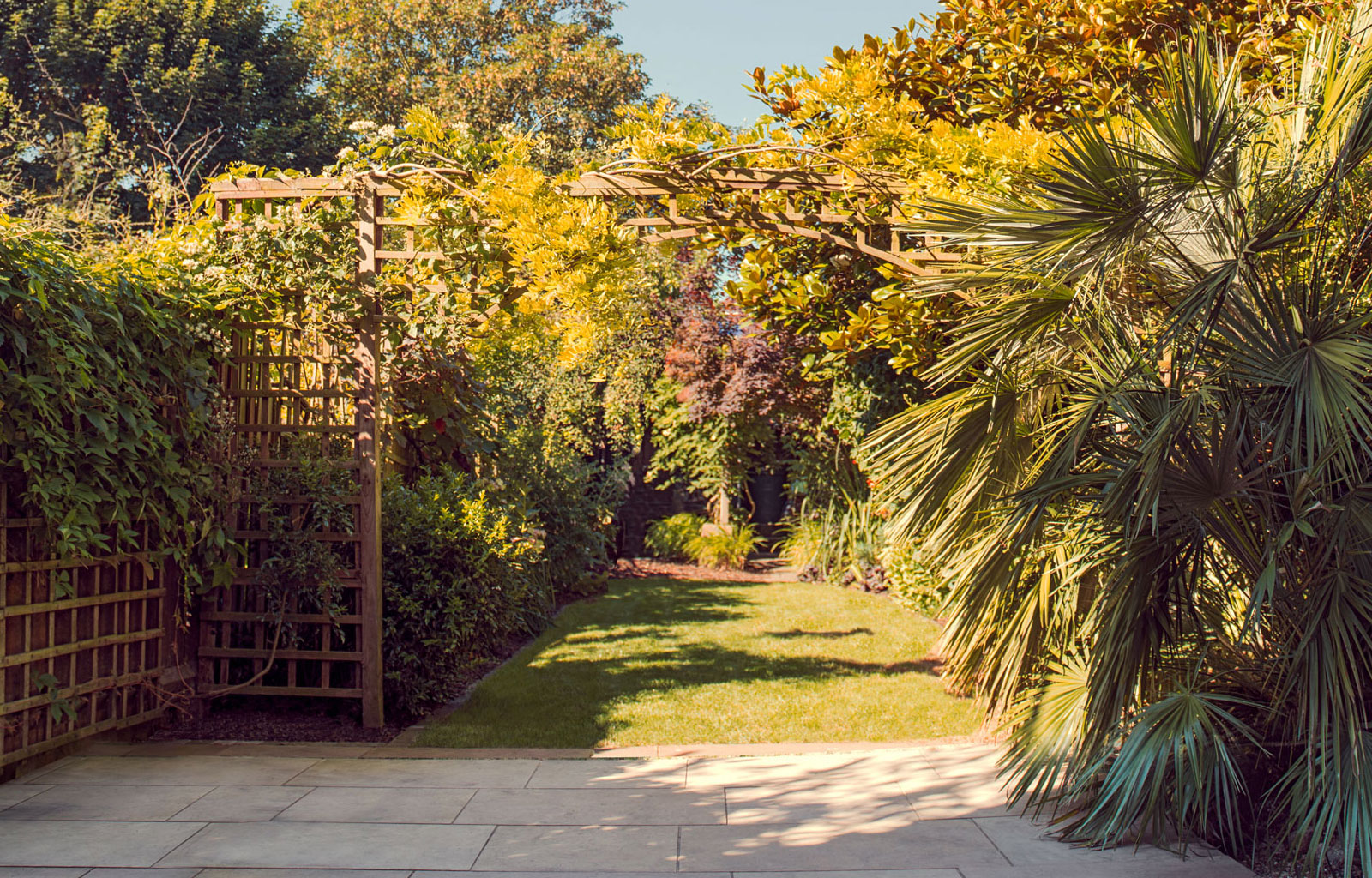 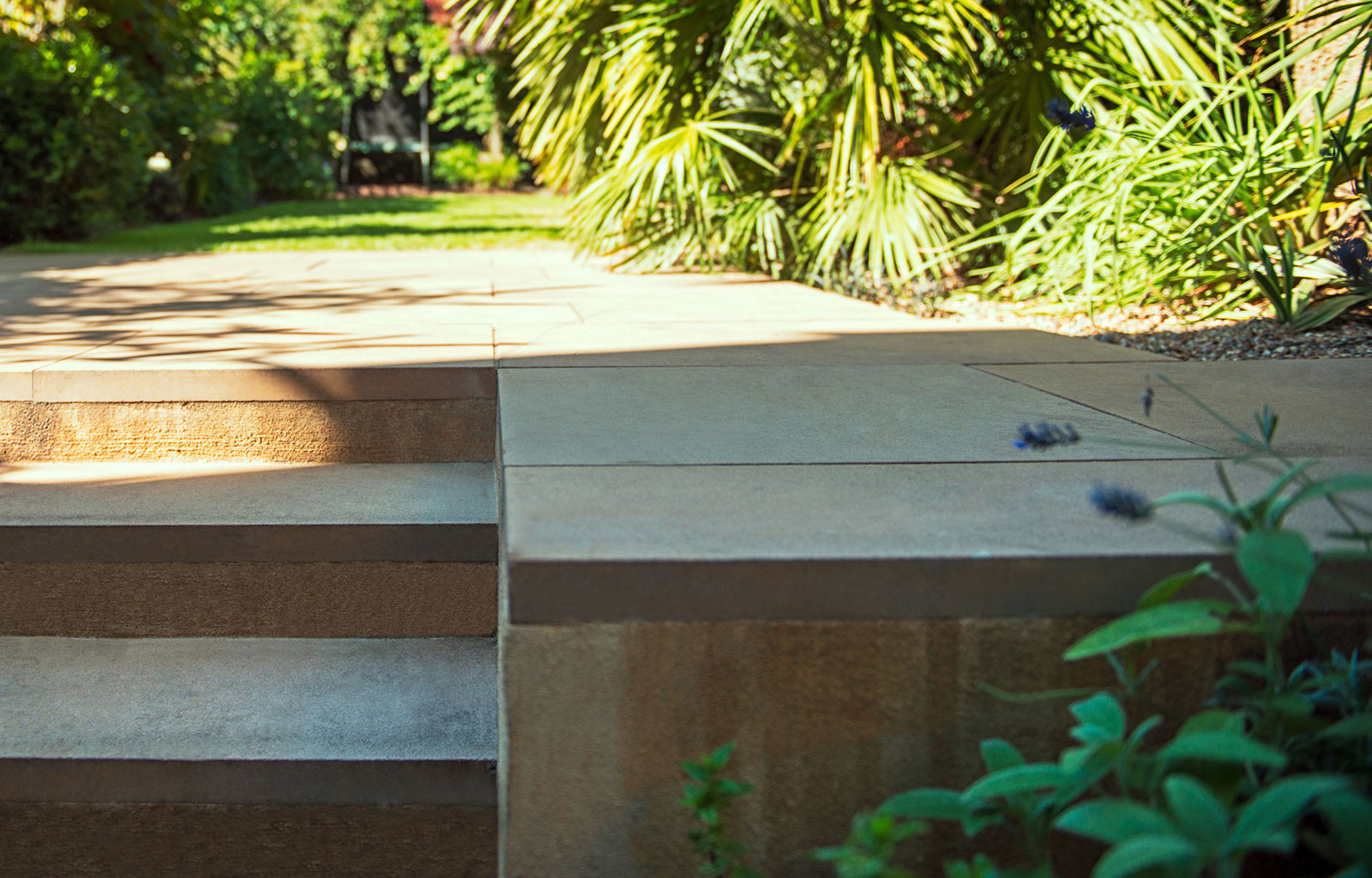 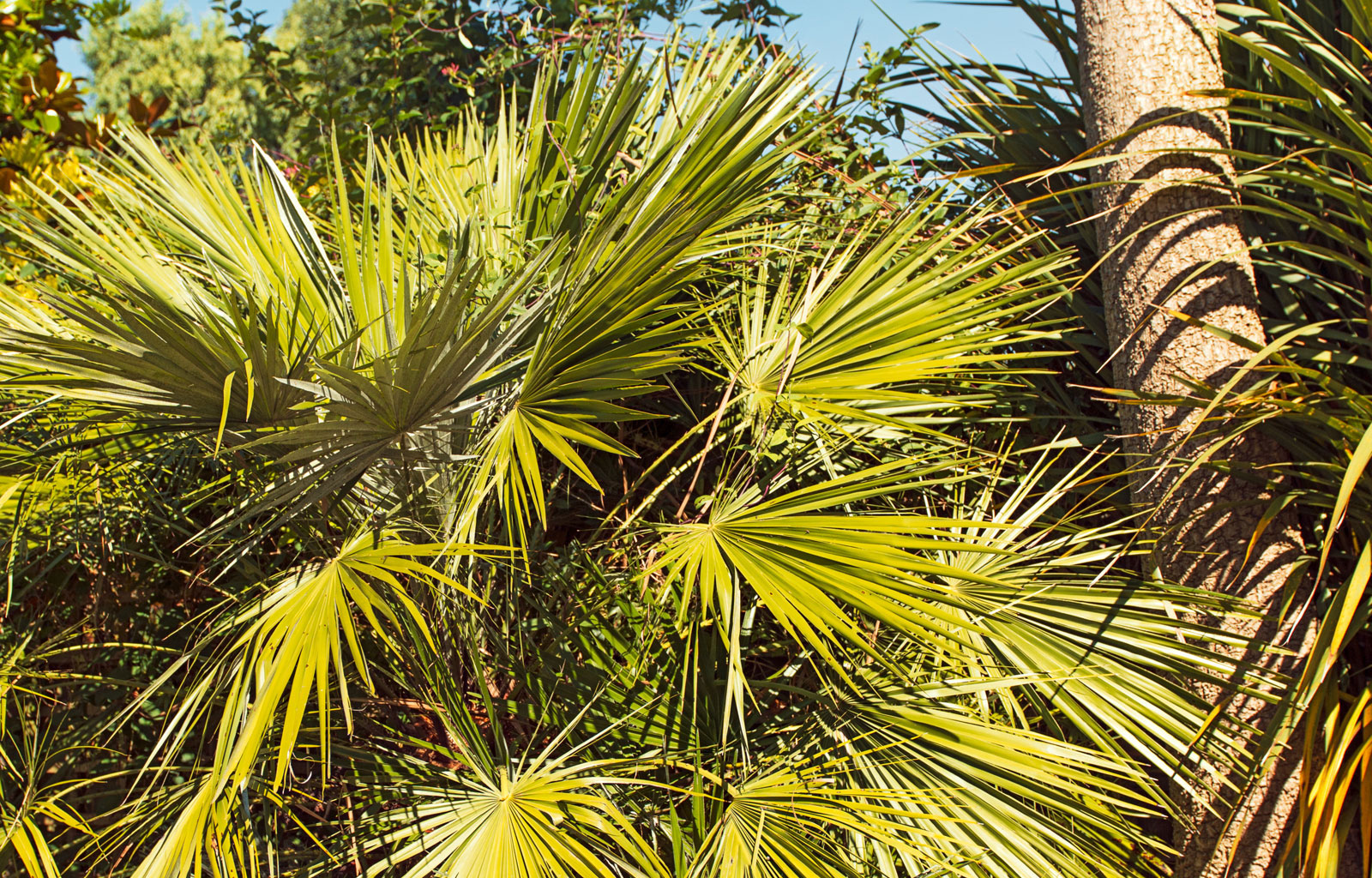 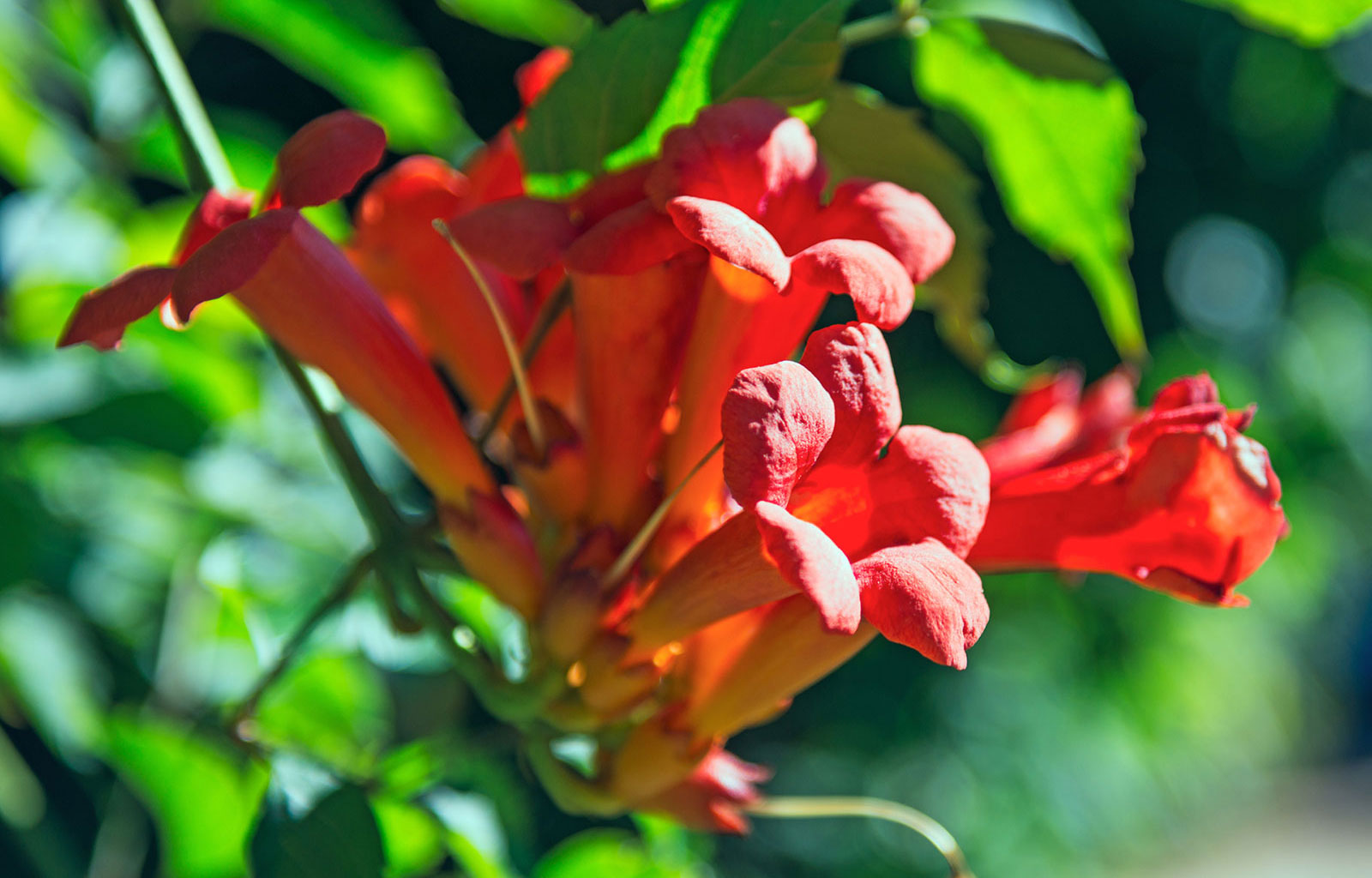 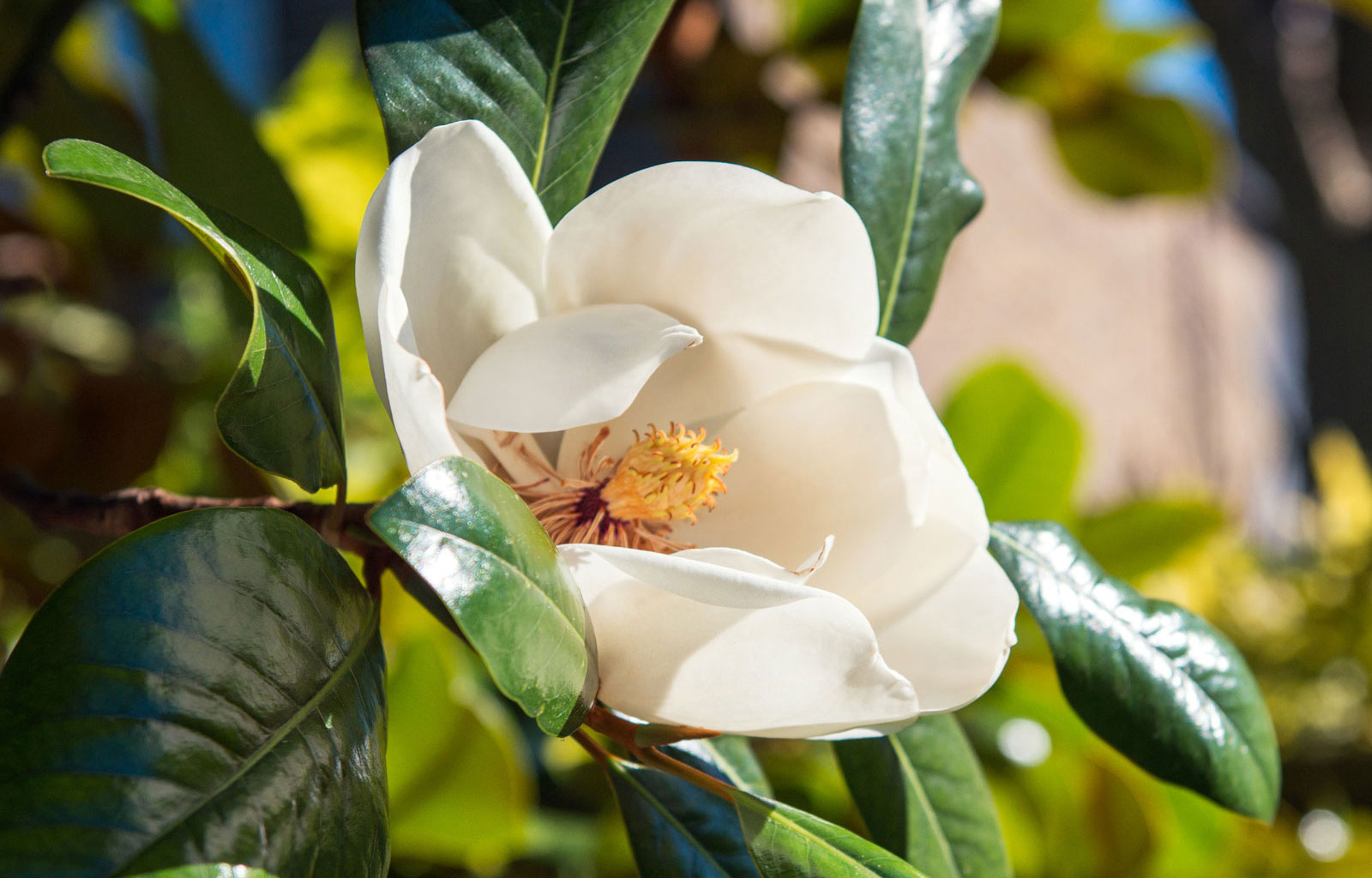 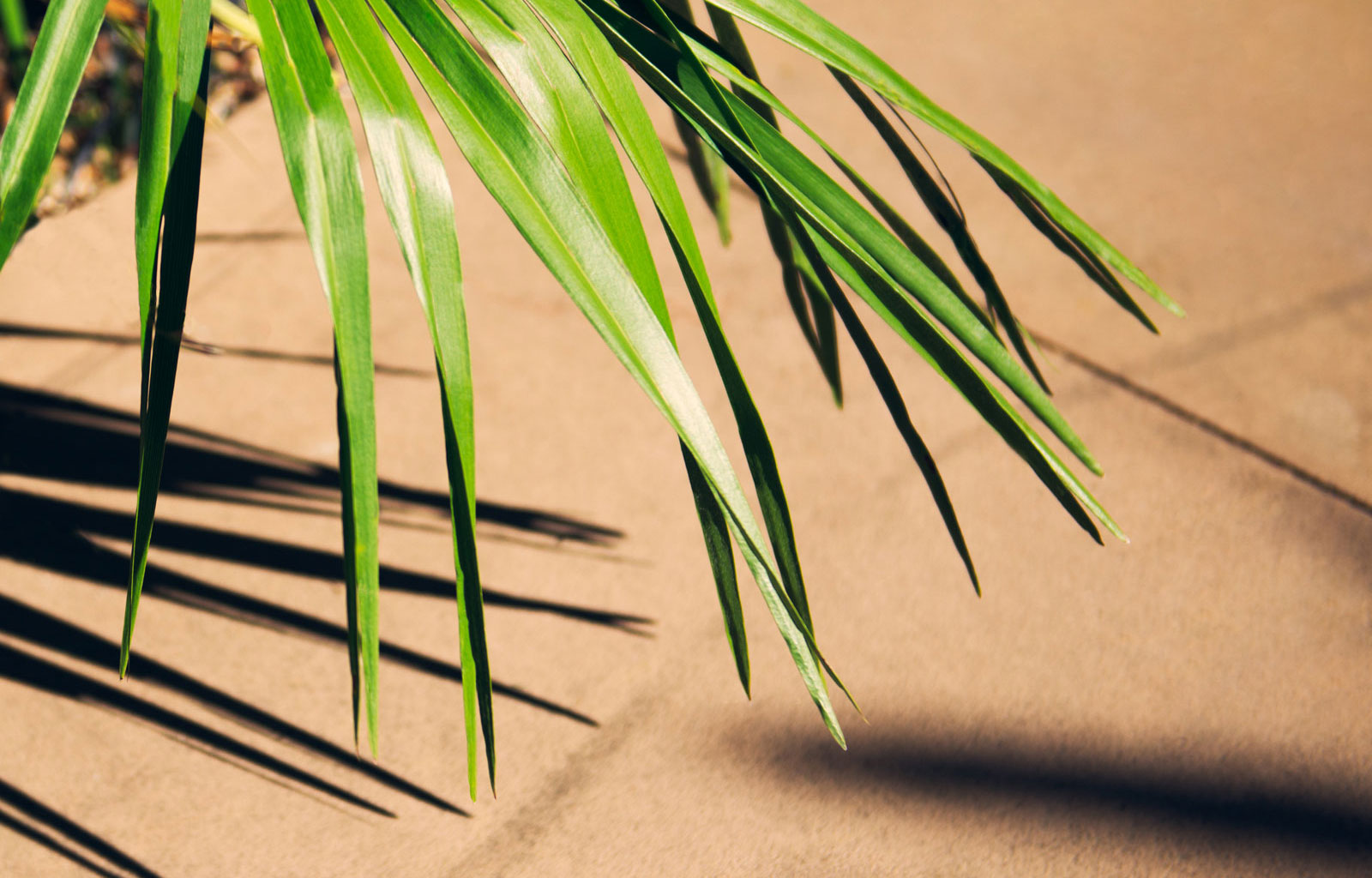 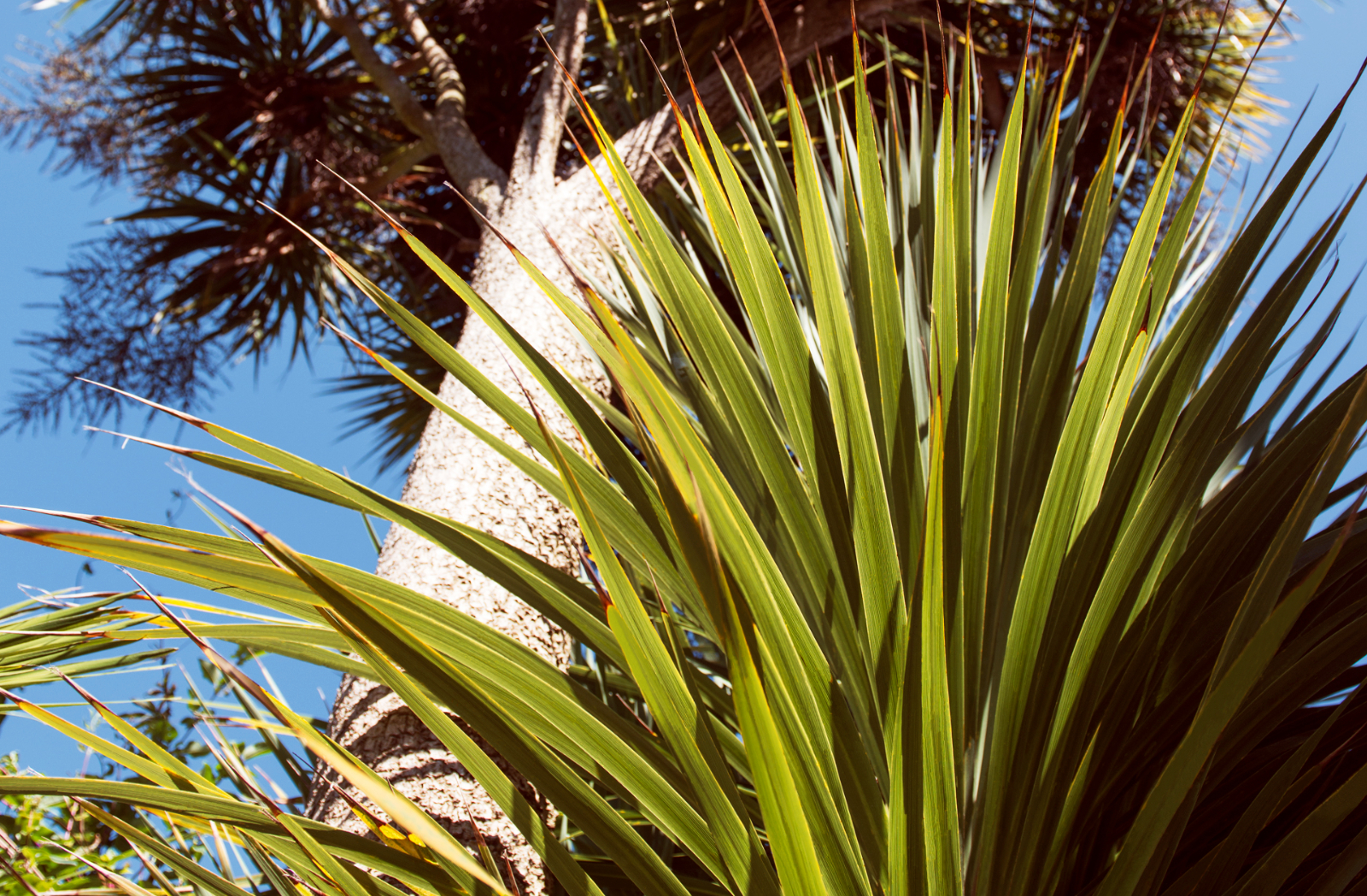 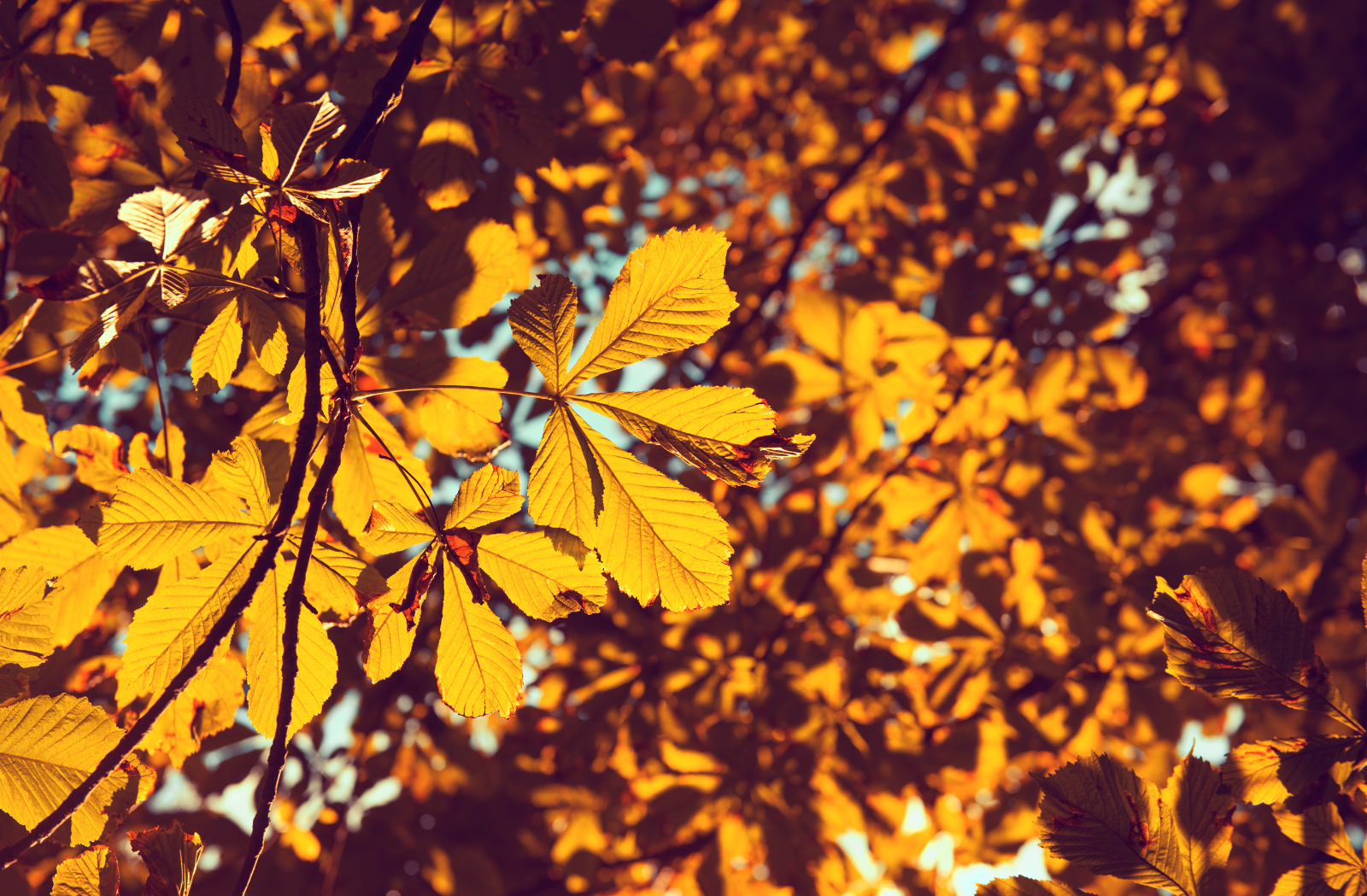 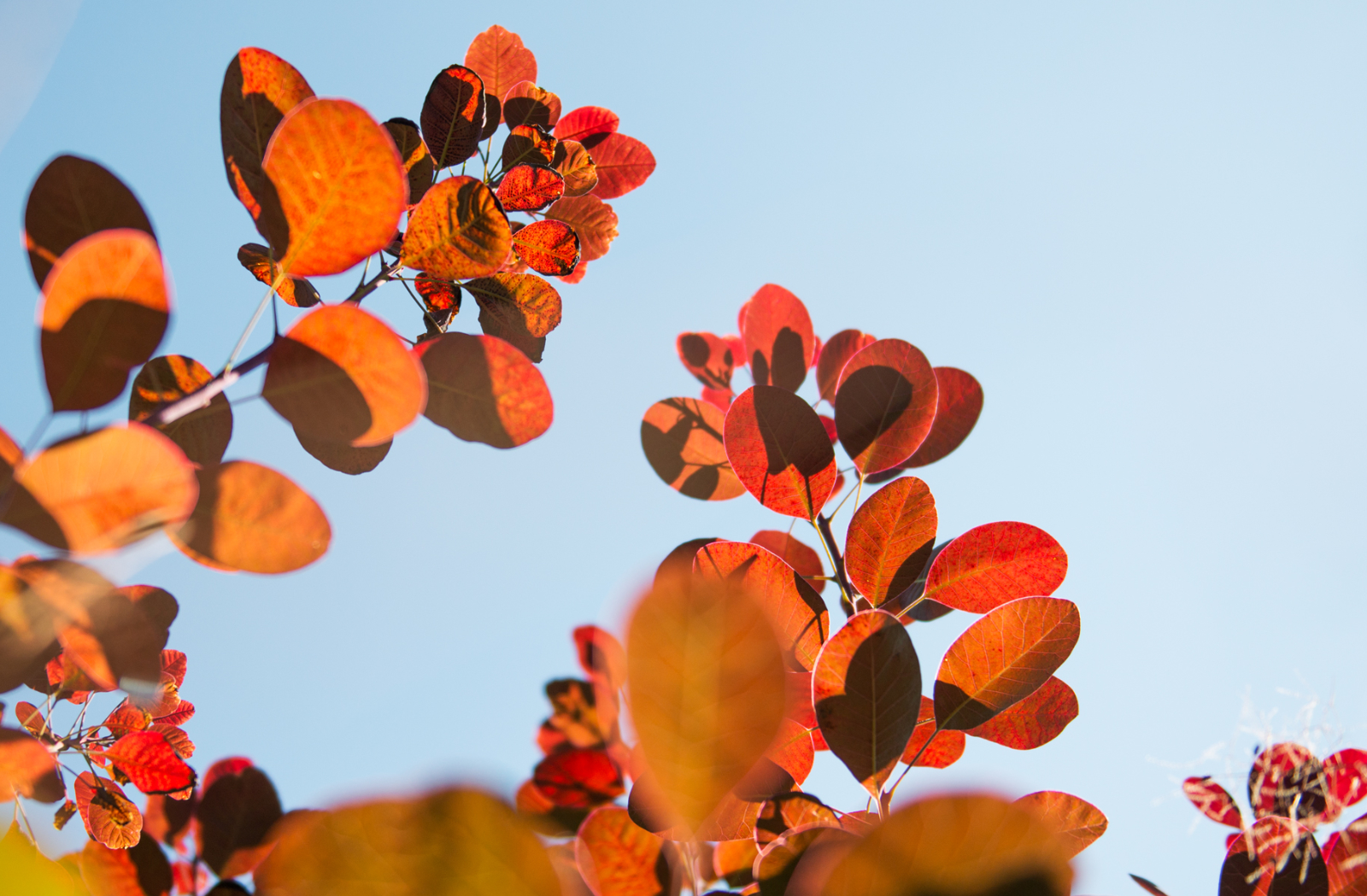 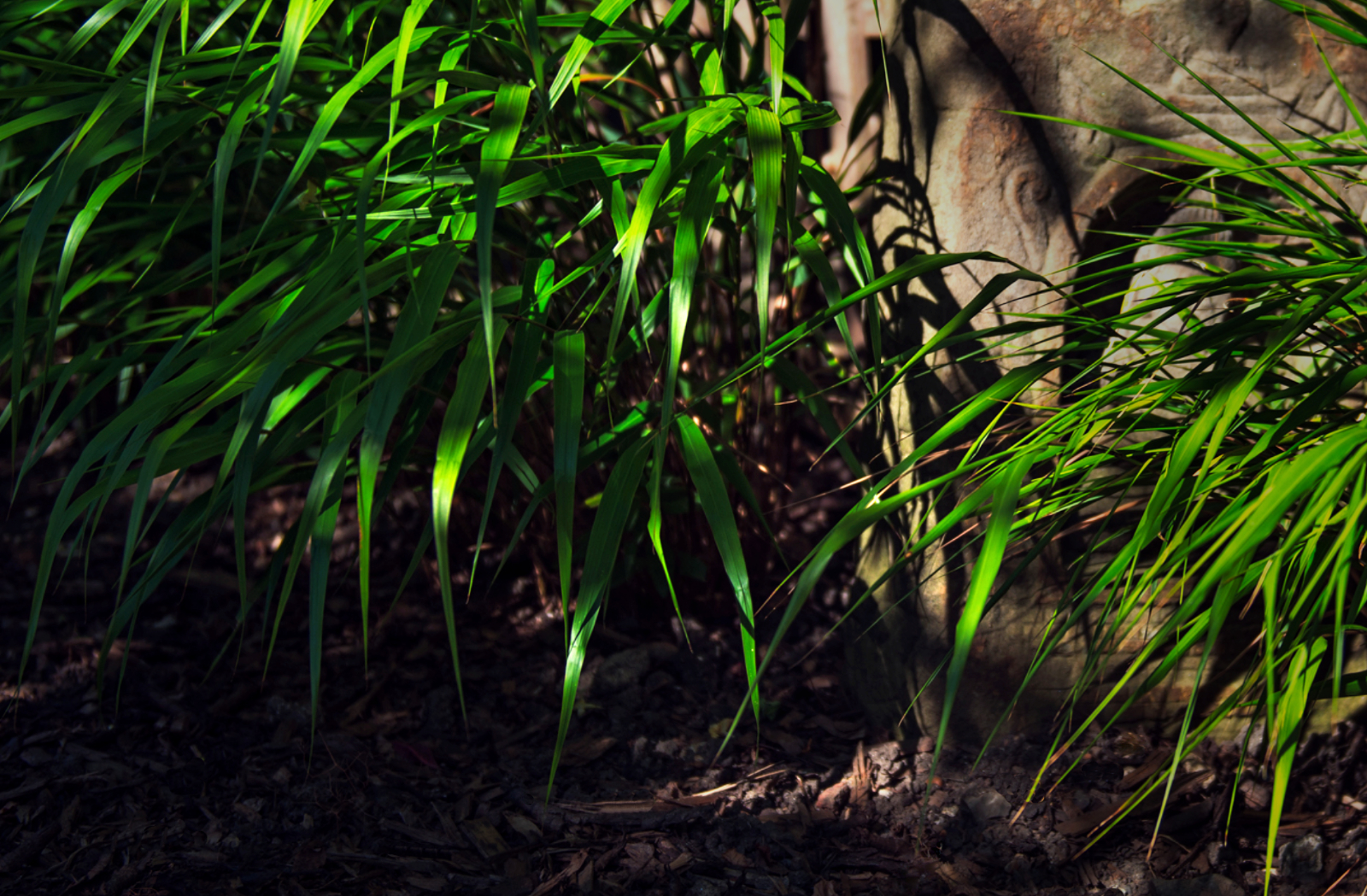 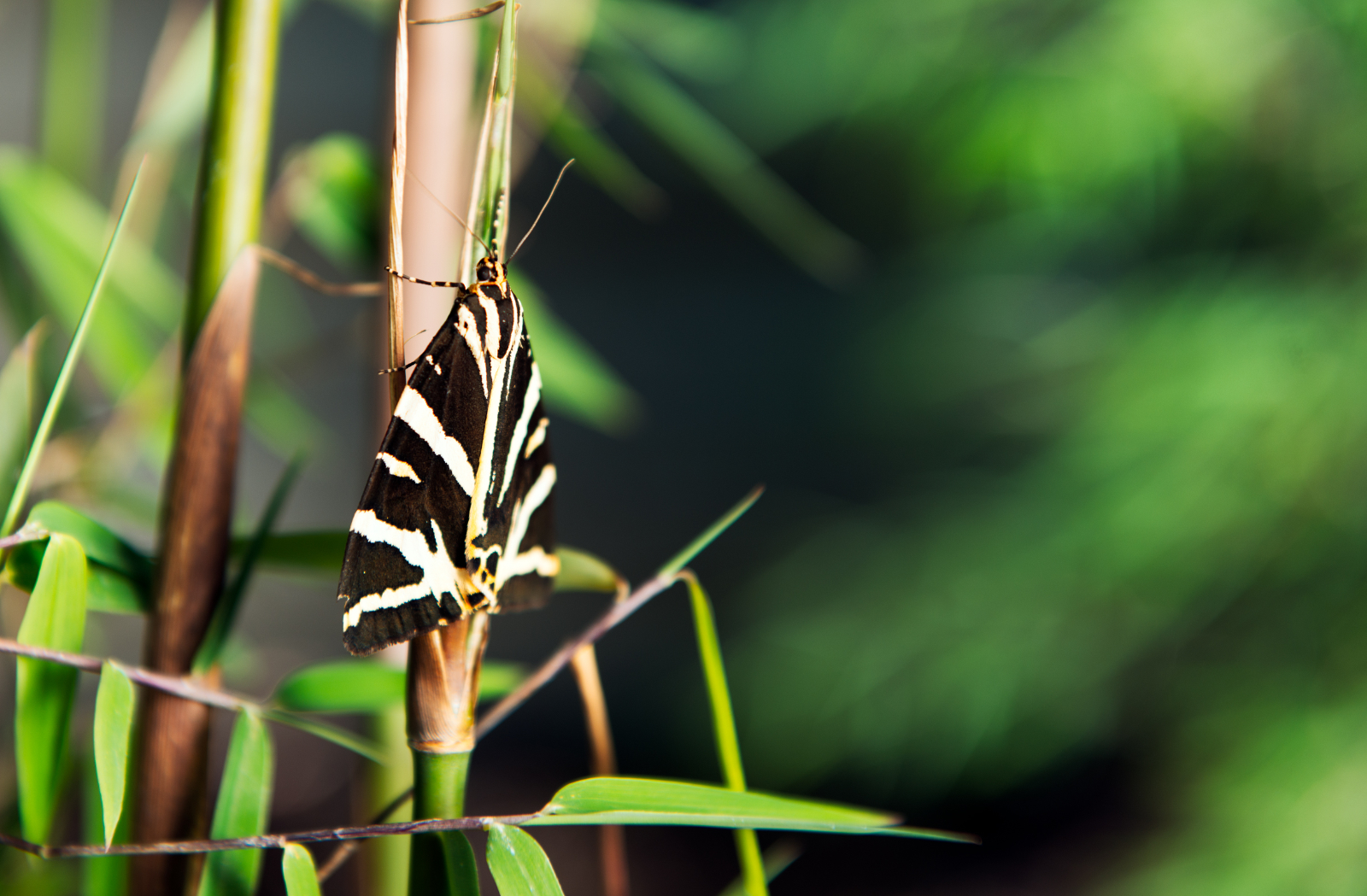 This floriferous garden is approached via wide steps – leading to a substantial paved family dining area with a potted herb garden.

A Pergola draped with fragranced Jasminum official and Solanum jasminoides ‘Album’ leads to the rear of the garden housing a series of raised brick beds used for soft fruit growing, a concealed trampoline is also included for the client’s children.

The beds at the base of the Pergola are softened by Hakonechloa macra – the existing apple tree is accented by an abundance spring bulbs and shade tolerant grasses.

A variety spring bulbs and shade tolerant plants such as Pachysandra terminalis were used for underplanting the shrubs and trees. A mass of dark Heuchera ‘Taffeta’ at ground level sets off the canary yellow Phlomis russeliana and the bright red trumpet flowers of the climber Campis radicans.

Privacy Settings
We use cookies to enhance your experience while using our website. If you are using our Services via a browser you can restrict, block or remove cookies through your web browser settings. We also use content and scripts from third parties that may use tracking technologies. You can selectively provide your consent below to allow such third party embeds. For complete information about the cookies we use, data we collect and how we process them, please check our Privacy Policy
Youtube
Consent to display content from Youtube
Vimeo
Consent to display content from Vimeo
Google Maps
Consent to display content from Google
Save
We use cookies to give you the best experience on the Andrea Vytlacil Garden Design website. This includes cookies from third party social media websites if you visit a page containing embedded content from social media. Such third party cookies may track your use of Andrea Vytlacil Garden Design. By continuing without changing your settings, we'll assume that you are happy to receive all cookies on the Andrea Vytlacil Garden Design website.

You may change your cookie settings at any time.

This website uses cookies to improve your experience while you navigate through the website. Out of these cookies, the cookies that are categorized as necessary are stored on your browser as they are essential for the working of basic functionalities of the website. We also use third-party cookies that help us analyze and understand how you use this website. These cookies will be stored in your browser only with your consent. You also have the option to opt-out of these cookies. But opting out of some of these cookies may have an effect on your browsing experience.
Necessary Always Enabled
Necessary cookies are absolutely essential for the website to function properly. This category only includes cookies that ensures basic functionalities and security features of the website. These cookies do not store any personal information.
Non-necessary
Any cookies that may not be particularly necessary for the website to function and is used specifically to collect user personal data via analytics, ads, other embedded contents are termed as non-necessary cookies. It is mandatory to procure user consent prior to running these cookies on your website.
SAVE & ACCEPT